According to the National Fire Protection Association® (NFPA®), electrical fires are the fifth leading cause of fires in commercial buildings. One of the biggest problems with electrical fires is that they rarely provide the owner/occupant with any advance warning that a fire is imminent. Wiring, equipment, and appliances which have worked perfectly for years can fail and cause a fire.

Electrical fires can occur anywhere there is electrical service. Some of the more common locations in an industrial setting are:

Electrical fires can be caused by a myriad of problems. However, there are some common denominators that are the underlying cause(s) of many electrical fires. These include:

Overloaded Systems or Circuits
Wiring, electrical panels, and circuits are designed for a specific maximum load. It is common for commercial buildings and industrial facilities to add equipment to existing electrical service without considering the additional electrical load(s). Most electrical panels have overload protection built in. However, if this protection fails, the overload can cause a fire. 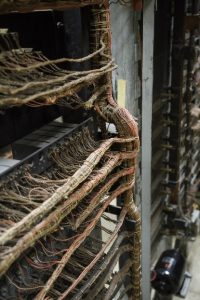 Poorly Maintained or Outdated Equipment
Probably the largest cause of industrial electrical fires is a failure to maintain electrical equipment. Wires that are in poor condition, frayed, kinked, or otherwise damaged can cause a fire. Similarly, in dusty environments, excessive dust at connections can cause arcing or short circuits.

Old or antiquated electrical equipment is another leading cause of electrical fires. Equipment with motors should be monitored, maintained, and replaced after the applicable number of running hours according to the manufacturer’s schedule/instructions.

Arc Flashes are highly dangerous and damaging events. They generally are caused by an air gap between conductors as a result of either: vibration over time; excessive dust build-up on the conductor surfaces; and/or poor maintenance. 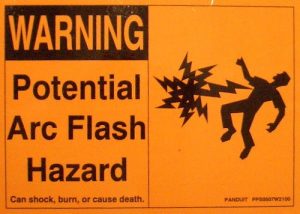 When any of the above conditions exist, an arc flash may suddenly occur upon engaging or disengaging a switchgear. They can also occur instantaneously when a worker drops a tool while working in an electrical enclosure, dislodging the connection between the conductor surfaces.

Workers can be seriously injured or killed by arc flashes. The extreme temperature and pressure wave can also cause catastrophic damage to equipment as well as start secondary fires.

In some instances, equipment and wiring will provide warning signals that there is a problem. These should NEVER be ignored and ALWAYS be addressed immediately by a qualified electrician. Clues that electrical equipment is malfunctioning may include:

NOTE: If you notice ANY of the warning signs listed above or other signals that there is an electrical problem, stop or isolate the equipment if possible. Then immediately consult a qualified electrician.

What do you do in the event of an industrial electrical fire? 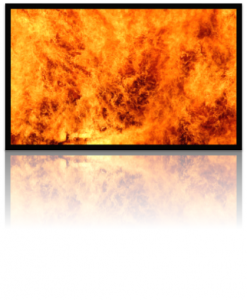 Depending on the size of the electrical enclosure, electrical cabinets can be protected by a direct application system mounted on individual equipment or a total flooding system that protects an entire room. These systems are generally automatically activated in the event of fire, but manual systems are also available.

The clear and tremendous advantage of fixed fire suppression system is that they automatically and quickly detect the fire and discharge the extinguishing agent to swiftly suppress the fire in its early stage.

Transformers pose a challenging fire incident because they are filled with mineral oil which can be difficult to extinguish. The NFPA imposes special standards on the construction of transformer rooms, such as minimum 2-hour fire-rated walls and ceilings. As with electrical cabinet fires, a great choice for a fire suppression system is a direct application system mounted on the individual transformers or a total flooding system.

Because the mineral oil can be particularly difficult to extinguish, a fast-acting fixed system is paramount to contain the fire at the outset before it extends to adjacent transformers and/or wiring and instrumentation.

Other Types of Industrial Fires

In addition to electrical cabinets and transformer rooms, cable trays and cable vaults also pose an enclosed special hazard. When fires occur in these or any other industrial electrical settings, they cannot be easily or safely extinguished with conventional means such as water sprinkler systems.