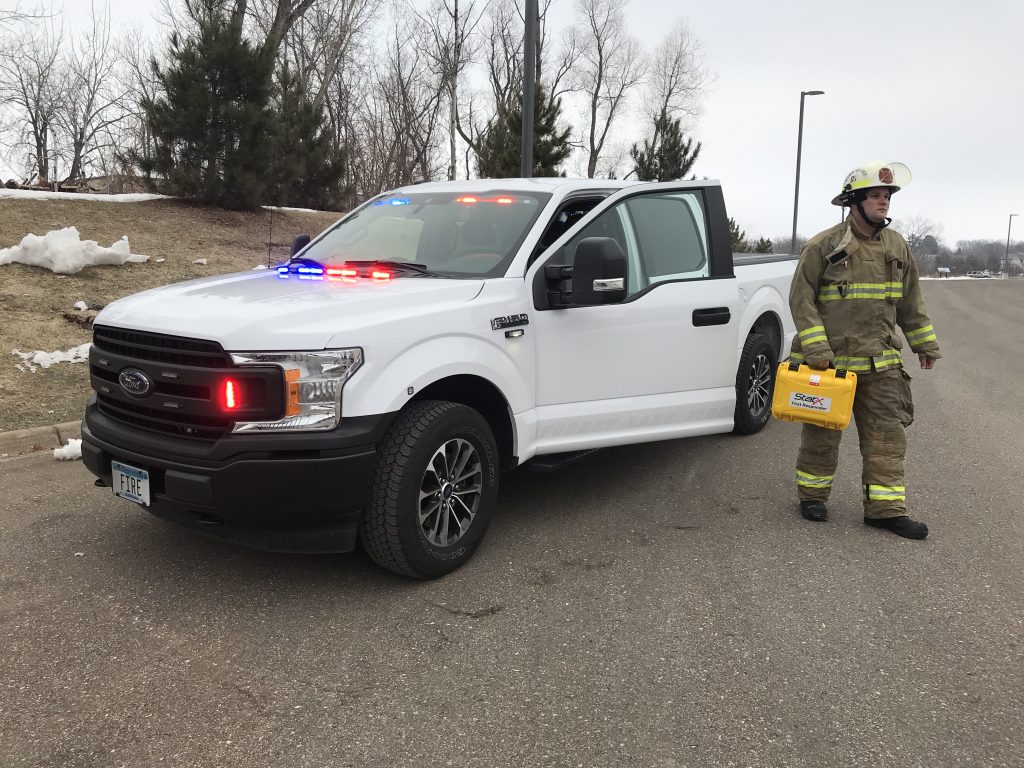 Forest Lake firefighters responded to a fire which was in an enclosed space so they fought it using a new piece of technology purchased with a local donation from a few generous residents.

This fire started in a garage at a residential home in Columbus. Firefighters were called to the scene around 6:15 p.m. and were there for three hours. The fire had the potential to spread outside of the garage and to the nearby house at the address, but fire chief, Al Newman, said the firefighters got additional ammunition to fight the fire thanks to the Stat-X First Responder® tool, which is manufactured in Minnetonka, Minnesota. The department purchased several of these devices about four months ago after a donation from a private citizen.

Newman said that Chief 3, Mike Swenson, arrived on the scene first and scouted it out while other firefighters were arriving and setting up. Once he saw that the fire was contained to inside the garage, he pulled the pin on the Stat-X First Responder device, threw it into the garage and shut the door.

The Stat-X First Responder, when activated, releases an aerosol that interferes with fire’s chemical reaction. It only works in an enclosed area – like when a fire is contained to a room or chimney – but in those situations it can go a long way to putting a fire out by itself while also buying firefighters more time before the fire spreads. The agent in this device interrupts the chemical chain reaction when thrown into a confined fire. This particular tool can be tossed into a fire atmosphere even where we have trapped occupants and pets. Tools like this give us a much better chance of a positive outcome during a structure fire or vehicle fire.

“It doesn’t work in every fire situation, but on certain fires it should be a pretty cool tool,” Newman said.

In this fire event, the Stat-X First Responder mostly extinguished the blaze, allowing firefighters to finish the job and keep the fire from spreading elsewhere. No one was injured.

“We are constantly trying to keep up with any technology that helps keep our firefighters and our community safe,” Newman said.

See the original article in the Forest Lake Times!