The trains, trams, and subways that comprise the broad term “rolling stock” represent the oldest form of mass land transportation that is still in use today. Rolling stock in some form has been with us for over 200 years and remains popular. Rail is one of the most energy-efficient transport modes, responsible for 9% of global motorized passenger movement and 7% of freight but only 3% of transport energy use.[1] Rolling stock conveyances are so popular because they are efficient, have less overall environmental impact than other forms of transportation, are a relatively inexpensive way to move freight, and most of all, rolling stock is safe. 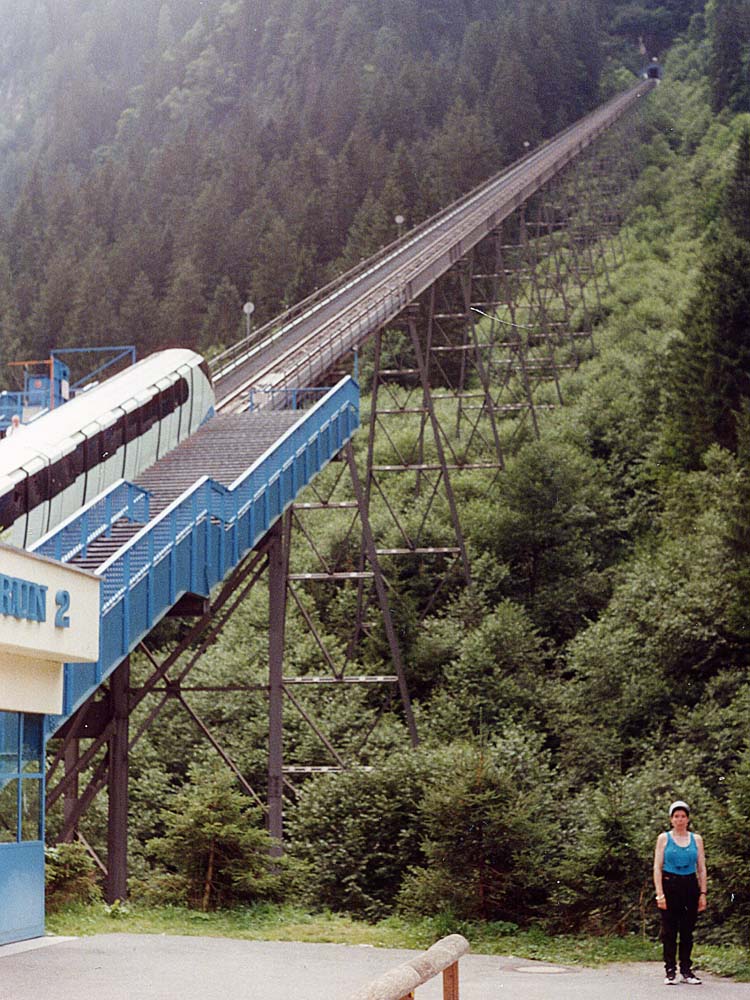 But fires on rolling stock do occur, and often with catastrophic consequences. Since opening in 1994, the English Channel tunnel or “Chunnel” has experienced several high-profile fires that, while not resulting in fatalities, have resulted in significant downtime to the rail service. In other instances, those involved in rolling stock fire incidents have not been nearly so lucky.

One of the most significant, in terms of lives lost, is the Kaprun disaster that involved a funicular railway in Austria on November 11, 2000. In this incident, as the train was ascending through a tunnel, fire broke out in an unoccupied cabin that quickly spread throughout the conveyance. Before the event was over, the fire killed 155 people: 150 in the cars where the fire originated, two on the descending companion train, and three at the rail station on the summit. Only twelve people managed to survive the ordeal.[5]

Controversy surrounded this incident with allegations of a coverup and several people receiving criminal indictments. Of immediate interest to investigators was the fact that the train was not equipped with engines or fuel and had no driver. There was only low-voltage equipment, hydraulic fluid to operate the brakes, and a single attendant charged with operating the doors.[6]

The Kaprun fire was one of those “perfect storm” type of events where circumstances conspired to make the disaster exponentially more horrific. First, the fire broke out in an unoccupied cabin which gave it a several-minute head start before it was discovered. Secondly, the spreading fire burned through the hydraulic lines which, in addition to feeding the fire, caused the train to halt in the tunnel because of low hydraulic pressure. The descending companion train was already stopped in the tunnel waiting for the ascending train to pass.[7]

In this instance, the tunnel contained the smoke and toxic fire gases and acted as a chimney to direct the fire gas effluent up the tunnel, past the companion train, and into the occupied rail station at the summit. Because hydraulic pressure was lost, the train’s doors could not be opened, and shatter-resistant glass further hindered escape. Adding to the tragedy was that several passengers and the attendant who managed to escape the car egressed up the tunnel instead of downwards and were overcome in the smoke plume.[8]

The ensuing investigation revealed that a faulty heater was the cause of the fire. An eruption of finger-pointing followed as the public demanded that someone be held responsible for this tragedy. But the real tragedy was this incident being yet another example of a fire that started out small, was undetected, and with no fire suppression system present, grew unchallenged. As a result, scores of people perished. 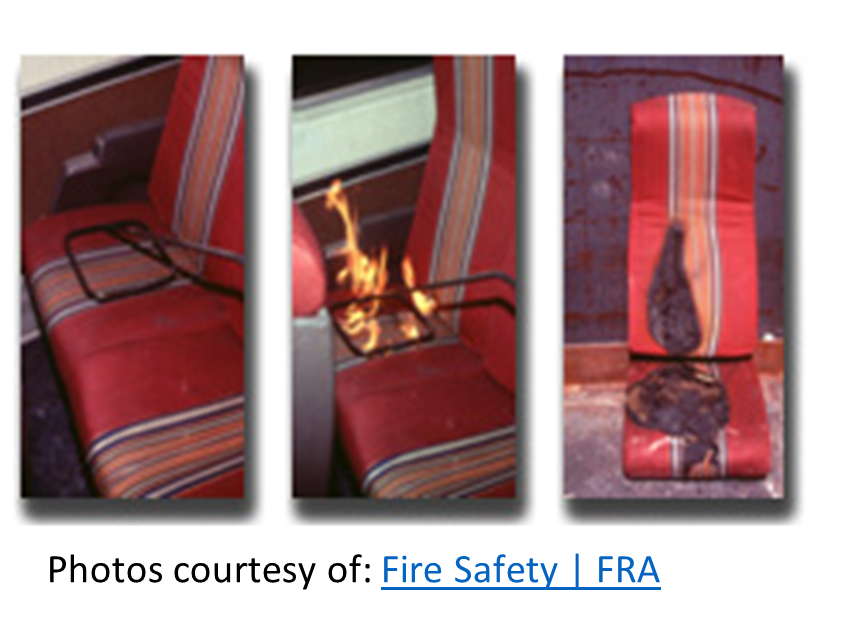 There is no shortage of fire safety standards in the rail industry. But, when you examine the rail fire safety initiatives underway in both the U.S. and Europe, the focus appears to be squarely on passive fire protection measures.

According to the Federal Railroad Administration (FRA), their most pressing need is the “development of refined testing techniques and metrics of performance that can be applied by car manufacturers and operating authorities for new equipment purchases.”[9] The FRA appears to be mostly concerned with the burning characteristics of the materials used in the manufacture and furnishing of passenger rail cars.

In the European Union (EU), the story is almost the same. Proposed improvements to TRANSFEU (Transport Fire Safety Engineering in the European Union) standards call for better and more dynamic modeling and measurement capabilities in predicting fire behavior and controlling the production of toxic effluents from burning materials.[10] It only takes a cursory internet search to realize that materials fire testing is a huge business in the EU.

Absent from all these initiatives is the demand for better fire suppression should a fire break out. While reducing the flammability of materials and selecting materials that do not off-gas toxic vapors is a critical task, experience has taught us that you cannot place your reliance in total on passive fire protection measures. Fires always find ways to defeat these measures and, if these measures have been taken at the expense of fire suppression, the outcome will be predictably tragic.

The rail industry needs to recognize that even if cabin materials and cabin layout are designed to resist fire to the greatest degree possible, all of the personal belongings and luggage with which passengers board are not subject to the same flammability standards. Therefore, the entire fire behavior modeling—based on combustion of the as-built contents of the car—is incomplete. 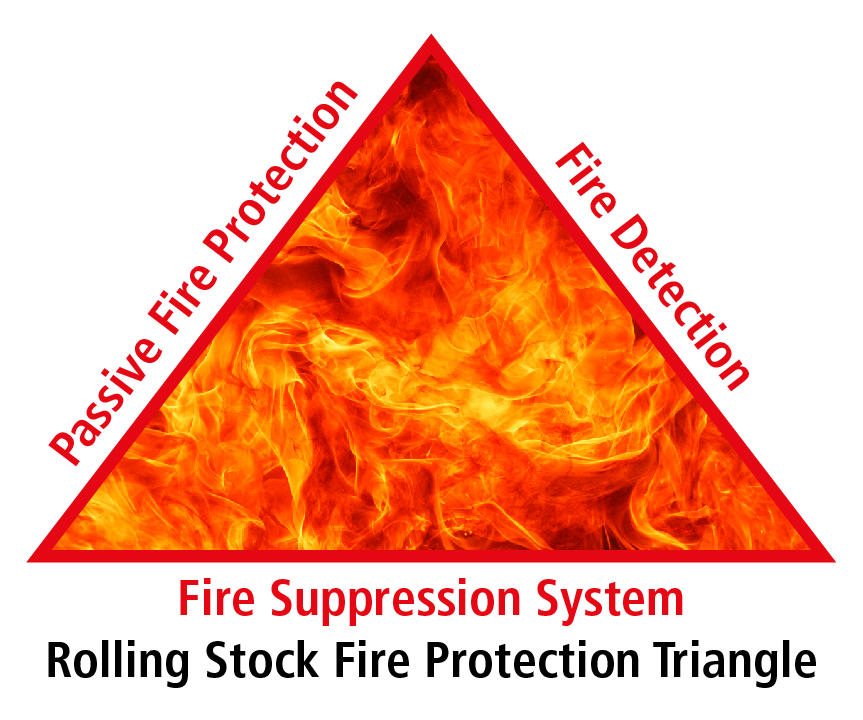 In the case of the Kaprun disaster, had there been any form of fire suppression in the car where the fire originated, the event would have made a good story for the train’s occupants after they enjoyed a day of skiing. But because the sole focus of the EU, as with the U.S., is passive fire suppression, everything is left to chance once a fire gains a foothold.
Rail authorities need the realization that passive fireproofing measures are only one part of the fire protection triangle for rolling stock. Of equal importance is the timely detection of fires. This is getting attention in the EU because of the apparent trend of rail fires occurring in tunnels. A rolling stock fire in a tunnel is an exponentially more dangerous and damaging incident than a fire occurring in the open.

But conspicuously missing is the inclusion of an active fire suppression system that can rapidly control the fire and mitigate the danger to passengers and crew. Fire suppression on rolling stock can be challenging because it is mobile and is comprised of individual rail cars that may change as the rolling stock runs its route. These two factors rule out legacy fire suppression systems such as sprinkler systems. Clean agent systems are a possibility for the locomotive and other select locations but are difficult to extend from one car to another.

There are two primary environments on a rolling stock where fire suppression is needed. The first area is where the known fire hazards exist—such as the traction motor compartments in the locomotive, as well as around the fuel system and electrical cabinets. Secondly, fire suppression is also required in the passenger rail cars to quickly suppress a fire, allowing time for the occupants to escape.

Because of the perceived difficulties in developing a system than can adequately cover these myriad threats, it has largely been eschewed in favor of passive measures. This was perhaps sound reasoning until recently. Innovative changes in fire suppression systems have resulted in new agents and delivery methods that appear tailored to rolling stock fire suppression.

One such new system incorporates a potassium-based condensed aerosol into a compact delivery platform. These self-contained units are perfect to cover every fire risk on a rolling stock. The units can be installed directly in the hostile environment of engine and motor compartments, as well as in the passenger cars themselves. And their compact nature allows them to be installed in almost any location without being or looking intrusive.

Adding to the versatility of the condensed aerosol system is that the units require no electrical connections and can be programmed to activate at pre-determined temperatures. Or the units can be linked together and connected to a fire detection system to activate at once in a total flooding manner. Once discharged, the agent poses no health or environmental risks and requires minimal cleanup. The versatility, ruggedness, and effectiveness of the condensed aerosol system makes it an ideal choice for the many locations across myriad pieces of rolling stock where it is indicated.

There are many rail safety conferences scheduled around the globe. Let us all hope that the authorities having jurisdiction make the critical decision to address the fire suppression leg of the rolling stock fire protection triangle. They should do this by mandating effective fire suppression measures throughout the rolling stock, but especially in occupied areas such as passenger and sleeping cars.

Had rail officials taken this step earlier, the skiers in Kaprun on November 11, 2000, would have an interesting anecdote to tell about a ski trip where a fire was extinguished before they barely even knew there was a fire. This is one of those rare problems where the solution is readily available and relatively inexpensive. If this decision is not undertaken, it is only a matter of time before there is yet another tragic rolling stock disaster.